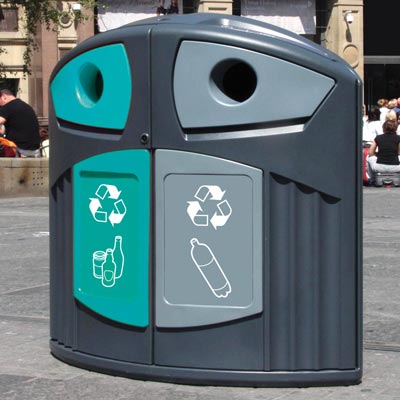 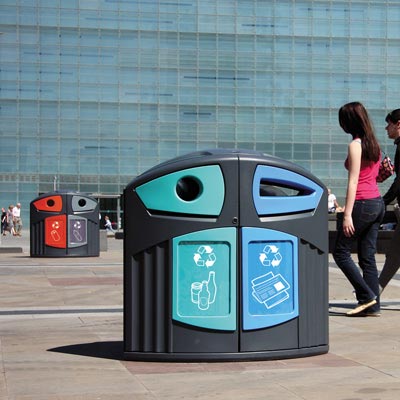 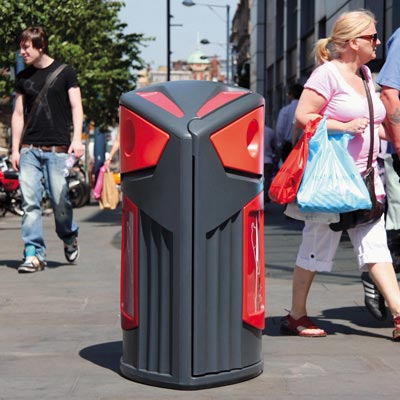 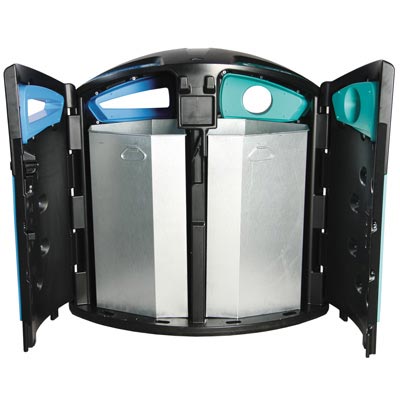 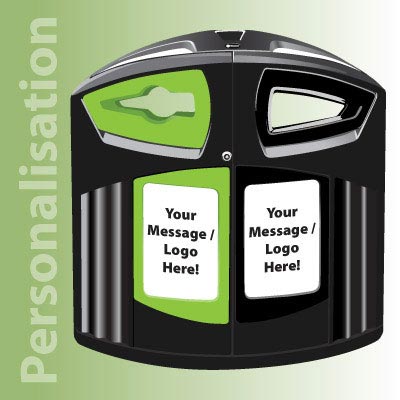 Nexus 200 Recycling Bin has been designed with a slim, elliptical shape to take up as little space on the pavement as possible, while still collecting large amounts of material. The curved hood prevents litter being left on top of the bin and stops rainwater from pooling on the unit.

The bin is supplied with large clear recycling graphics on the hood and doors that conform to the recommendations of Defra's Recycle Now scheme. The graphics are highly visible from wide angles to encourage correct usage.

Nexus 200 Recycling Bin features an innovative door & lock design that makes emptying the unit quick and simple. A single operation is enough to access both liners. The doors feature concealed hinges, and interlock with the container at three points for maximum strength and security.